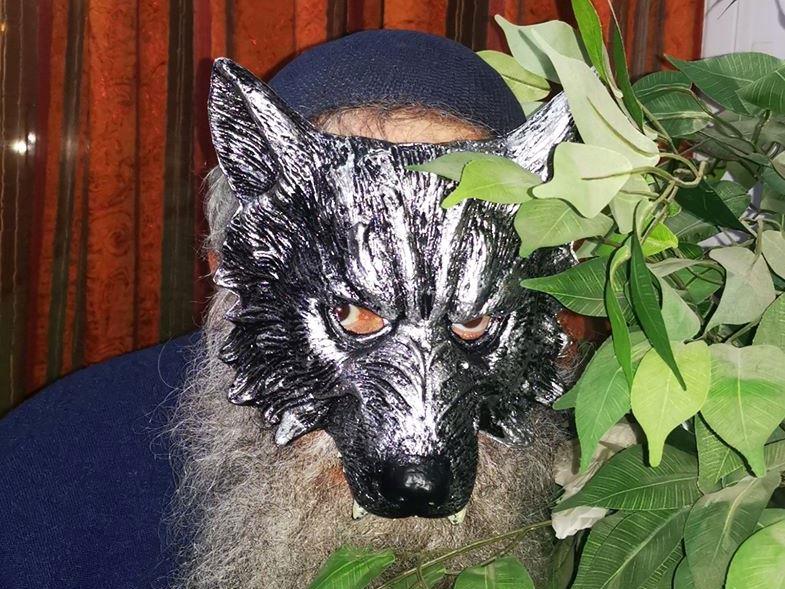 What is happening in the world? As if overnight, everyone is wearing a mask. In Tokyo, in Paris, in London, in Madrid, Berlin, Moscow, Cairo, Tel Aviv, Cape Town, Sidney, Calcutta, Honolulu, Los Angeles, and in New York. Has a new, mutant, masked species been born? Wherever you look, man has become a masked creature. In buses, on street corners, driving in cars, walking the dog, in school, and at work. A few months ago, if a masked man walked into a bank, he would have been arrested. Today, in banks that are open, masked faces are the norm. If life were a movie, a viewer could think that some demented mastermind like the Joker had played a mischievous trick on humanity. Has life turned into a movie? Who knows?

What are we to learn from this grand global masquerade? Interestingly, on the holiday of Purim, people wear masks. We wear masks because the story of Purim is highlighted by characters who hide their real selves. Everyone, except Mordechai the Jew, is playing a role. The essentially weak and not very bright Achashveros poses as a wise and powerful ruler. The wicked Haman passes himself off as a selfless advisor to the king. Ester hides her true origin. The Jews of Shushan act and dress like Persians. And the Master of the World, the King of kings, is not even mentioned in the Megilla. He hides Himself backstage, behind the stage curtain, manipulating the drama like the director of a play, in his role as the Master of Disguises.

Generally, the Creator of the Universe, hides behind the curtain of Nature, or keeps himself masked behind the chronicles of history, not revealing Himself, allowing mankind free choice to believe in His  kingship over the world – or not. He rules incognito, disguising His providence over all things behind the sound and fury of human history, employing actors like Napoleon, Stalin, and Winston Churchill, and a cast of uncountable thousands, much like the skilled hand of a champion chess master moving his little wooden forces around the black-and-white squares of a chessboard. God’s employs political revolutions, economic disasters, technological leaps, vast armies, global wars, and peace treaties to move the Jewish People and mankind further along in the saga called life.

In our daily prayers, we say: “Truly, it is He alone who performs mighty acts, and creates new things, the Master of Wars, the Sower of Justice, who brings forth salvations and creates healing cures….

The Coronavirus may have started in an open meat market in China, or in a secret laboratory in Wuhan, but, like all things in existence, the virus came about through the will and direct decree of God. Someone, probably a scientist in some research lab, called the virus, “Corona,” presumably because its bacteria possesses protruding towers resembling a crown’s. Certainly, the scientist wasn’t thinking about the King of the Universe when he thought of the name, Corona. Either it was merely a “coincidence,” or else, once again, as the world’s original Creator and ongoing Cause of all Causes, God put the thought in his head, pulling the strings behind the curtains of the natural world we live in, deciding that in His Royal game plan of history, the time had come to send out a gentle wake-up call to humanity, with the message to pay more attention to Corona – to the crown and kingship of the King.

Why is pandemic gripping the planet a “gentle” wake-up call? Because God could very easily have made the virus a wee bit stronger, lethal within a radius of ten meters, and killing young and old alike – something He could do at any moment if He decides that mankind has not learned the lesson for which the Coronavirus was sent down to Earth.

True, once in a while, God steps out from His hiding place backstage and makes His Divine Presence known, like during the Exodus from Egypt, with its devastating plagues and the dramatic splitting of the Red sea, and with the miracles which accompanied the Children of Israel through the wilderness on the way to the Promised Land. But generally, He prefers to rule in an invisible way, letting mankind think that Nature and Man himself are the two moving forces behind existence. He prefers to keep Himself masked, as it were, and give us the freedom to search for Him, and to recognize His Kingship in the acts of Creation, not only in His having created the Heaven and Earth, but in His constant moment-by-moment Divine Direction of the pageant of world history.

Until now, God has frustrated scientists and heavily-funded medical researchers, leaving them to shrug in perplexity and gaze helplessly up from their microscopes toward the sky for an answer and cure. Hopefully, the Creator of Coronavirus will create a vaccine and a cure right away, and quietly whisper it into the ear of some lucky researcher, so that we can all throw our masks away. But just as hospitals in Israel are beginning to close down their emergency Coronavirus wards as the rate of infection decreases, they are leaving one or two intact, just in case, lest Wave Two appear, it is wise that we too keep a mask or two in a bedside drawer, just in case that life returns to normal and people forget once again about God.

Before making Aliyah in 1984, Tzvi Fishman taught Creative Writing at the NYU School of the Arts. In Israel, he studied Torah at Yeshivas Machon Meir, Beit-El, Ateret Cohanim, and Mercaz HaRav. He has published nearly twenty novels and books on a wide range of Jewish themes, available at Amazon Books and the tzvifishmanbooks.com website, including Free Downloads. He is the recipient of the Israel Ministry of Education Award for Creativity and Jewish Culture. Recently, he produced and directed the feature film, “Stories of Rebbe Nachman” starring Israel’s popular actor, Yehuda Barkan. Presently, he is working on Volume Four of the “Tevye in the Promised Land” Series 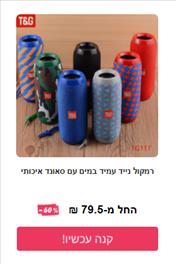 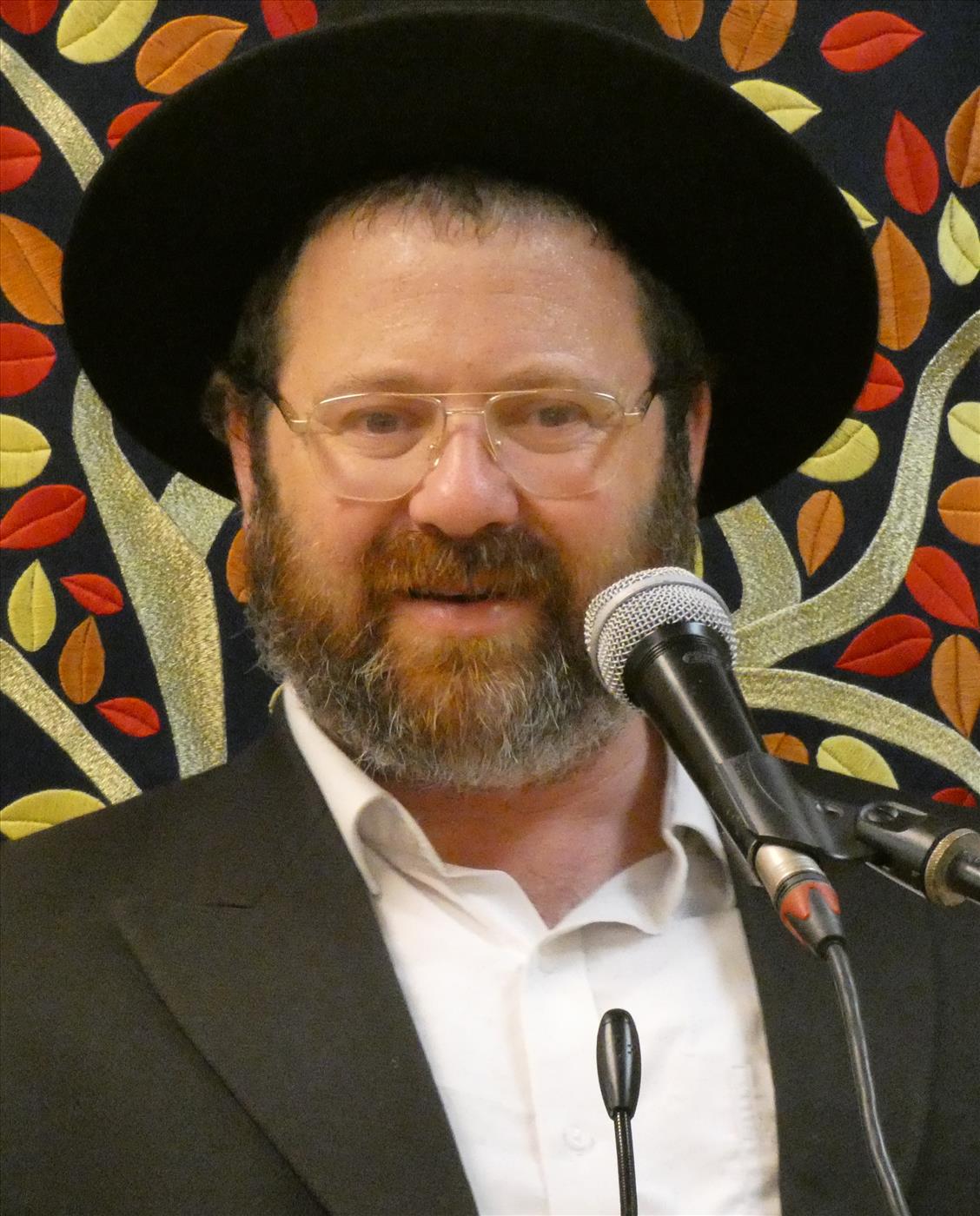