Torah to the Nations 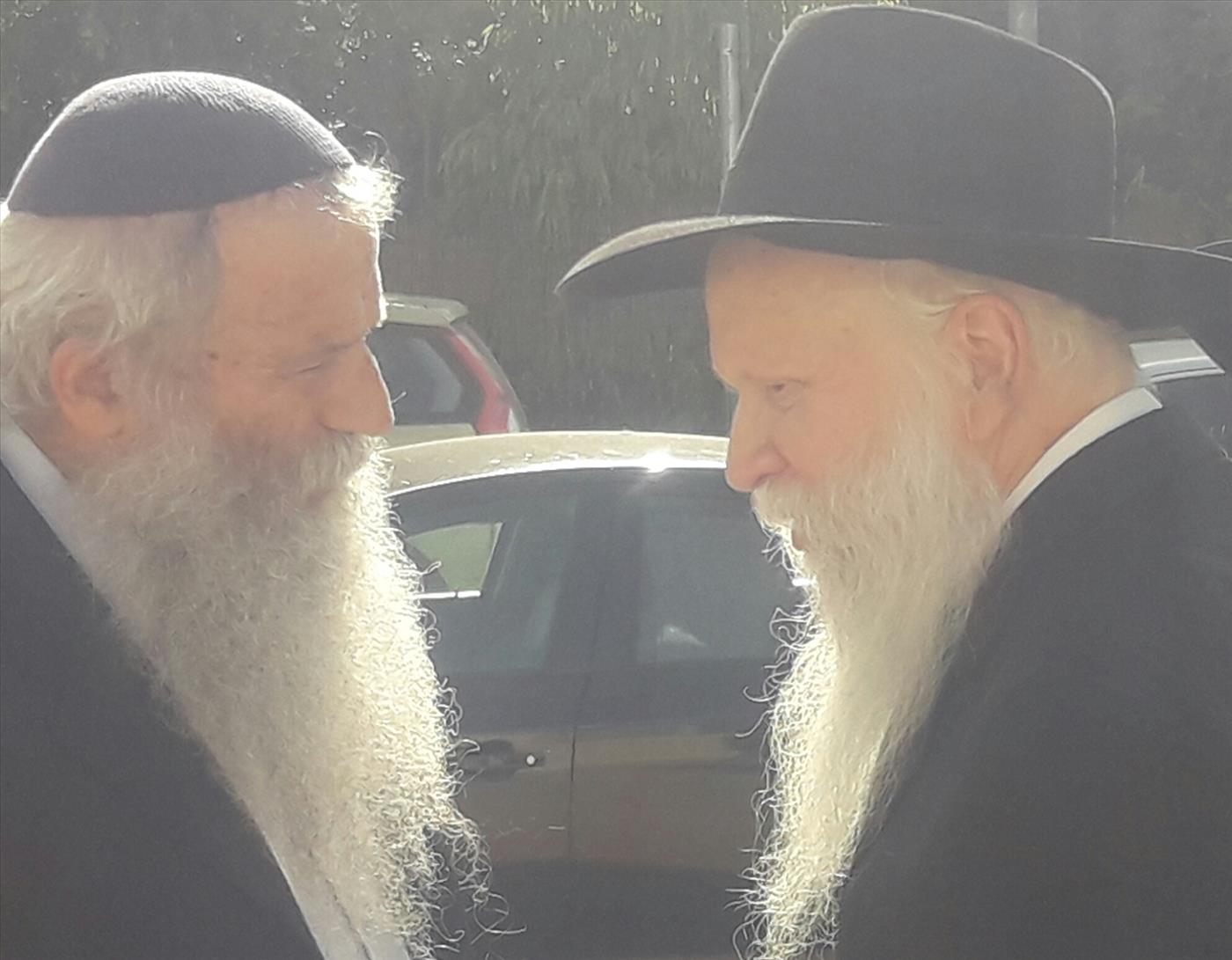 The Festival of Shavuot centers about the giving of the Torah, and the journey of Ruth to become of member of the Nation of Israel. In addition, some people practice the custom of reading the entire Book of Psalms, to honor the birthdate and memorial day of King David. While the Psalms of the “Sweet Singer of Israel” express a Jew’s multifaceted relationship with God, their appeal and value are universal. Is Torah learning, like the recital of Psalms, applicable to non-Jews as well? After all, the Prophets of Israel envision the day when the Gentiles will flock to Jerusalem to learn the ways of the Torah. Has that time come?

Rabbi Yitzchak Ginsburgh believes that, indeed, the time has arrived to set aside the age-old prohibition of teaching Torah to Gentiles, and to embark on a new era, openly spreading the light of Torah to the world. Born and raised in the United States, Rabbi Ginsburgh settled in Israel when he was twenty-one, and now lives in Kfar Chabad. Deeply influenced by the Chabad Rebbe and the Hasidic teachings of the Baal Shem Tov and the Baal HaTanya, he has developed his own brand of mysticism, highlighted by an active passion for the Land of Israel which has made him the “Rebbe” of the spirited group of young people in Israel known as the “hilltop youth.”  As founder of the Gal Einai Institute, he has authored more than forty books, including Torah excursions into Jewish psychology, and treatises centering on the “rectification” of the State of Israel into becoming a Torah State guiding by Jewish Law and by the moral ideals of the Prophets of Israel. The Derech Haim Movement, which he also heads, aims to educate the Israeli public to the Divine mission of Am Yisrael in the world, and to outline the steps needed to transform the State of Israel into the vehicle to bring about the promised universal Redemption. In line with this goal, the organization has published a pamphlet called, “Mah Loamar L’Goyim“ – “What to Say to the Gentiles,” which it has mass distributed to synagogues and learning institutes all over the country – long before the Corona plague began.

Uri Kirshenbaum, Program Director of the Derech Haim Movement, states, “In his treatise on Jewish Faith, ‘HaKuzari,’ Rabbi Yehuda HaLevi describes Am Yisrael as the heart of the nations. Today, the State of Israel disseminates scientific and medical knowledge to all of the world, innovations in hi-tech, military equipment, agricultural produce and irrigation systems, but we have to ask, is this what the Prophet Isaiah meant when he foretold that Israel will be a light to the nations? We believe that in a true Jewish State, Israel’s Ministry of Foreign Affairs should be the official spokesman for Torah in the world, without embarrassment or apology. Our foreign policy Number One should be to enlighten mankind to the unsurpassed Divine Wisdom and Blessing contained in Judaism and Jewish Belief.”

Doesn’t that notion contradict the Torah’s assertion that the Jewish People are to be, “a People that dwell alone, and shall not be reckoned among the nations,”?

“HaRav Ginsburgh explains, that, ‘a People that shall dwell alone,’ means that we have the inner strength to stand alone against the pressure and opposition of the world community and cling to the principles of our Faith. As part of our inheritance from Sinai, we are called upon remain true to the Torah and not chase after the Golden Calves of the times, trying to imitate the heathens in order to win their grace and approval. We have experienced, time and again on our flesh, where that delusion had led us. As ‘a People that shall dwell alone,’ we are not to import the impure and idolatrous cultures, values, and beliefs of the nations into our unique Holy Land, yet we have the Divine obligation to export the ‘word of the Lord’ to all peoples. Our Sages teach that ‘Avraham HaIvri’ means that Avraham Avinu was on one side of the world and all the nations were on the other. Even so, he didn’t cringe away from teaching mankind about the One and Only God of the Universe, and neither should we.”

Doesn’t that mean teaching non-Jews the Seven Commandments of Bnei Noach – the Sons of Noah?

“HaRav Ginsburgh maintains that, in our era, when the Internet and international media has turned the world into a ‘Global Village,’ teaching the Seven Commandments is not enough. To implement the project, students of HaRav Ginsburgh have started to give lectures to groups of Bnei Noach visiting Israel from different countries.”

In a lecture which I attended, HaRav Ginsburgh explained (in the simplified understanding and language of this writer): “It is impossible to persuade non-Jews to abandon their different forms of idol worship and to cleave to the Torah, and the obligations it requires of them, without showing them the beauty and truth of the Torah, and this splendor is manifest in the light of the Torah in its entirety, and not just in the ‘simple’ things that the Torah imposes on every human being in the Seven Mitzvot of Bnei Noach. Like all previous revolutions in Torah learning, breakthrough paths are necessary ‘in order that the Torah not be forgotten from the Jewish People.’”

Why expend the effort to teach Torah to the Gentiles when there are so many Jews who are alienated from the Torah and often ignorant of their Jewish heritage?

“That’s exactly the reason why we need to teach Torah to non-Jews, as the Psalm infers, only after the Gentiles get excited over the workings of Hashem do the Jews get excited as well:  ‘Then it was said amongst the nations, ‘The Lord has done great things for them.’ The Lord has done great things for us, and we rejoiced,’ (Psalms, 126:3-4). Many Jews consider themselves as universal citizens of the world with enlightened pluralistic views. They look upon the Torah as something small and primitive, limited to religious Jews alone. Only if they realize that the Torah is universal and cosmic in its vision will they take a true look. When they see that the Gentiles are inspired by its teachings and that the Torah has international appeal, they too will discover that the Torah applies to them as well, and gladly return to its full-hearted observance. Imagine what could be if learning Torah becomes a trend with the Gentiles. Judaism could go viral within the ranks of the Jewish People as well!”

Realizing that a call to teach Torah to non-Jews is sure to raise eyebrows in the world of mainstream Judaism, HaRav Ginsburgh insists that the emergency measure it is no different than Torah breakthroughs of the past. He explains that the Prophets of Israel long ago told us that this orientation would change when the nations would flock to Jerusalem to learn the word of Hashem, (Isaiah, 2:3; and see Zephania, 3:9). “We have already been commanded to teach non-Jews the Seven Mitzvot of Bnei Noach, (see the Laws of Kings, 8:10), something the Lubavitch Rebbe emphasized and which his followers practice. But for the peoples of the world to recognize that Judaism is the true word of Hashem, and the source of whatever sparks of truth which other religions contain, they must be exposed to the endless expanses of Torah wisdom, both the inner dimensions of Kabbala and the revealed, down-to-earth guidelines for life.”

Is the goal of this revolution to convert non-Jews to Judaism?

“Not at all,” Rabbi Ginsburgh answers. “In order to convert, the motivation must come from the non-Jew himself. This is not a program for conversion. We seek to enlighten the nations to the Torah’s supreme and infinite wisdom and moral elevation. Nonetheless, it stands to reason that in doing so, many Gentiles will desire to join the folds of Am Yisrael. The potential is vast, millions upon millions, whether from the seed of Yisrael, or Jews that became lost amongst the nations against their will, or souls of converts spread throughout the world. Our Sages state that the coming of Mashiach depends on the conversion of these converts. Already, all over the globe, from China and Japan, to Holland and Germany, myriads of non-Jews have expressed an interest in learning more about Judaism, above and beyond the Seven Mitzvot. Needless to say, the addition of these millions to Am Yisrael holds critical importance both for us, and for the world.”

“Therefore,” Rabbi Ginsburgh explains, “this revolution of teaching Torah to the peoples of the world contains great potential benefit to Am Yisrael, just like the Torah revolutions of the past, such as allowing the Oral Torah to be written, and allowing teachers of Torah to receive a salary for their time, and allowing women to learn Torah in a classroom fashion. It is no secret that the Jewish People are in a deep crisis today throughout the Diaspora, with ever-growing rates of assimilation and, in many instances, an almost total abandonment of Jewish identity. In all of our history, there has not been a more urgent case of, ‘A time to act for Hashem, they have made void the Torah.’”

Rabbi Ginsburgh has already published one book for non-Jewish readers, “Kabbalah and Meditations for the Nations.” He says he hopes to put out another volume in the near future. His scenario may not be science fiction. I spoke to Rabbi Menachem Listman, who heads the conversion program for English-speakers at the Machon Meir Yeshiva in Jerusalem. He reports that enrollment is on the rise. “We don’t advertise and go searching for prospects,” he says. “Furthermore, the acceptance requirements of Israel’s Interior Ministry and Religious Affairs Ministry are very strict. Candidates go through a very serious screening process. Nevertheless, we have students from Holland, France, Germany, Russia, North America, Brazil, Jamaica, New Zealand, Kenya, Nigeria, Philippines, India, Indonesia, Gibraltar, Northern Ireland, Sweden, Bosnia, and China – literally from all over the world.”

Let’s hope the same enthusiastic ingathering occurs with the Jews!

[A version of this article first appeared in The Jewish Press.] 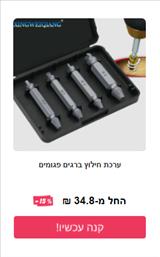 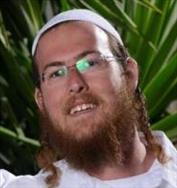